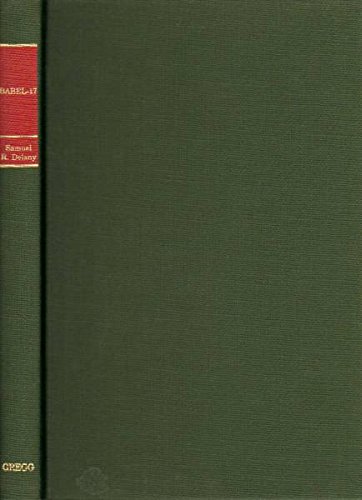 Rydra Wong, a poet and code expert, is asked to break a code used by an enemy government, but discovers that the code is really a super-sophisticated language

e bestselling Dhalgren and winner of four Nebulas and one Hugo, Samuel R. Delany is one of the most acclaimed writers of speculative fiction.

Babel-17, winner of the Nebula Award for best novel of the year, is a fascinating tale of a famous poet bent on deciphering a secret language that is the key to the enemy’s deadly force, a task that requires she travel with a splendidly improbable crew to the site of the next attack. For the first time, Babel-17 is published as the author intended with the short novel Empire Star, the tale of Comet Jo, a simple-minded teen thrust into a complex galaxy when he’s entrusted to carry a vital message to a distant world. Spellbinding and smart, both novels are testimony to Delany’s vast and singular talent.