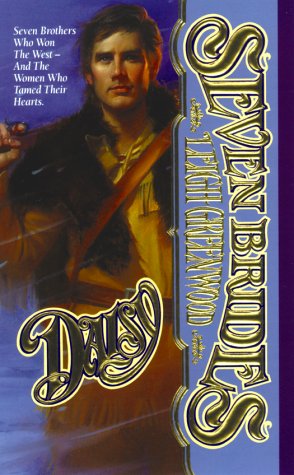 Searching for a lost mine in New Mexico, rugged loner Tyler Randolph encounters Daisy, an independent beauty and a gunshot victim, in the wilderness and saves her life, and a romance is sparked when they are trapped in the mountains together. Original.

When Tyler Randolph rescued Daisy Singleton from her would be killers, he didn't know what to do with her. Her father was killed and he couldn't take her into Albuquerque because he didn't know who was trying to kill her. So he took her to his cabin in the mountains. Tyler is a loner, prospecting for gold so he can buy the hotels he has dreamed of owning. Now he has two people to take care of-- Daisy and his younger brother Zac who was also wounded trying to save Daisy. Tyler isn't used to having a woman around, especially a woman like Daisy. Even with bandages on her head and her hair singed, he thinks she is pretty. Awakening with a head wound in a strange man's cabin, Daisy Singleton doesn't know whether she should be afraid or angry. Tyler is a difficult man to live with, he tells her what to do and expects her to do it. Zac makes it very clear it's all her fault he got shot and never fails to tell her what he thinks. Between the two of them, they're driving Daisy crazy. All she wants to do is go to Albuquerque and stay with her friends, but Tyler won't let her leave. She doesn't know what to make of this quiet giant who is both very kind and terribly frustrating. Tyler is everything Daisy doesn't want in a husband, but she can't help caring about him. Whoever tried to kill Daisy is still looking for her and Tyler is worried. He can't take her to Albuquerque because there's too much snow on the mountain. But Daisy doesn't understand why she can't leave and seems determined to get herself into trouble. Even though they are in an uncomfortable situation sharing a cramped cabin, Daisy and Tyler are attracted to each other. Tyler has finally met a woman he can love, but he doesn't realize it yet. To complicate matters, Daisy has a secret that she hasn't told Tyler. With everything that stands in their way, it seems Daisy and Tyler will never be together-- but love can conquer all, if they'll let it.The Seven Brides series has captured the hearts of romance fans everywhere! Once again, Leigh Greenwood pens a marvelous western tale filled with romance! Daisy is special! A wonderfully written story about two people who belong together, whether they know it or not! This series promises to become one of the most beloved! Leigh Greenwood is exceptional!Kristina Wright -- Copyright © 1994-97 Literary Times, Inc. All rights reserved -- From Literary Times