Items related to Carousel of Dreams 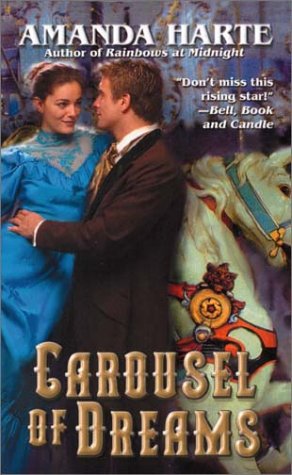 They were dubbed the ABCs for as much for their first names as their competitive need to win. However, the most daredevil of the trio Charles Moreland has watched his lifestyle go up in the same flames that killed his parents, badly burned one of his sisters, and left him with a mountain of debt. Still the worse aspect is returning to Hidden Falls, New York after he seen and lived in New York City. While Charles frets his fate, his buddy Anthony has become engaged to Susannah Deere and their other friend Brad is infatuated with Charles' sister Jane. Charles shakes his head at the folly of his two pals thinking of marriage and no one even thirty until he meets Susannah. Charles begins to fall in love with Susannah, but will do nothing because he honors his friendship with Anthony. Meanwhile Susannah is confused between her desires for Charles as opposed to her fiancé even as she struggles with caring for her ailing mother.