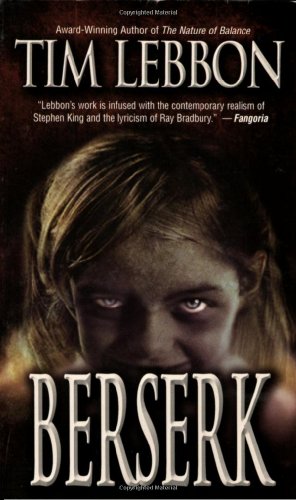 Tom, searching for the truth surrounding his son's death, stumbles upon a mass grave rife with chained corpses, rotting bodies that still move, and one little girl, dead and decaying, who offers to help Tom in his quest in exchange for her freedom from hell. Original.

I've been published for ten years. I'm the author of over thirty books, including the Noreela series of fantasy books (Dusk, Dawn, Fallen and The Island), the NY Times Bestselling novelisation of the movie 30 Days of Night, and several books with Christopher Golden, including The Map of Moments and the forthcoming Secret Journeys of Jack London for Harper. I've also written several screenplays and some TV proposals. I've won several prestigious awards, and some of my work has been optioned for the big screen.

Those who go for cold, queasy horror will embrace the latest shocker from Stoker-winner Lebbon (Fears Unnamed). When a dangerous military experiment on England's Salisbury Plain goes fatally awry, the authorities hastily and secretly bury the bodies of a dozen soldiers and a few other victims. The body of one soldier, Steven, is supposedly returned to his parents, but the coffin is empty. Ten years later, Steven's still grieving father, Tom, locates the place of burial. But when Tom excavates the site, he discovers not his son's remains but the moldering corpse of a little girl animated by a peculiar form of life. Lots more nastiness follows. Fans who prefer their horror to have a sense of humanity should look elsewhere. (Jan.)
Copyright © Reed Business Information, a division of Reed Elsevier Inc. All rights reserved.