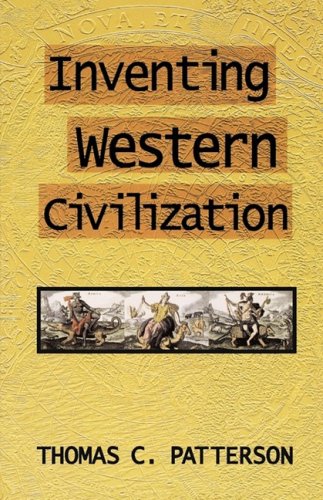 What is civilization? The term, commonly identified with "uplift" and "order," has come to take on another meaning: the "civilized" versus the "primitive." This book is about the idea of civilization and how, at different times, the concept has been used by the powerful in order to defend their status. Drawing on his extensive knowledge of early societies, anthropologist Thomas C. Patterson shows how class, sexism, and racism have been integral to the appearance of "civilized" societies in Western Europe.

Thomas C. Patterson is Professor and Chair of Anthropology, University of California at Riverside.

What is civilization? How has the word come to take on a hierarchical meaning -- the "civilized" versus the "primitive"? Inventing Western Civilization is about the idea of civilization and how the concept has been appropriated by different groups at different times in order to defend their status. Anthropologist Tom Patterson shows how classism, sexism, and racism were as integral to the appearance of "civilized" society in Western Europe as inequality and alienation. He explains, clearly and simply, how civilization (and the process of "civilizing" and "being civilized") has been closely tied to the rise of capitalism in Western Europe, the development of social classes, and the creation of "others" who are distinguished by their socially constructed appearances, behaviors, or essences. -- Midwest Book Review