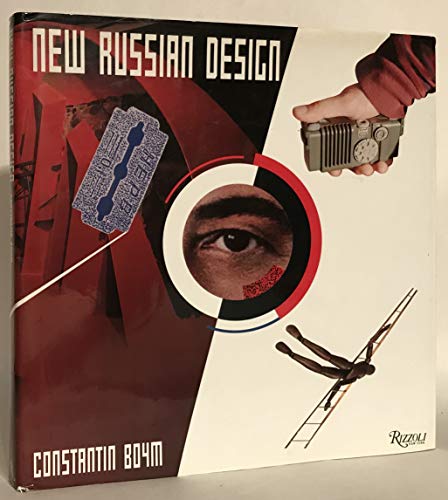 Contemporary designers in Russia have re-emerged from relative silence over several decades. They have established a voice that has been internationally acknowledged as a particularly Russian expression of the avant-garde. A group of men and women have diligently and often bravely worked, against all odds both creatively and economically, to the point where a new Russian design direction can be identified. With the recent revolutionary changes in the country, the atmosphere of openness and opportunity has led to further developments in areas previously seen either as subversive or as having use only as state-supported propaganda. An exciting new and independent design community has been born.
This landmark volume presents to a curious world the distinctive and controversial work of graphic artists, including posters, packaging and editorial designs; "Paper Architecture," the innovative, artful, and often fantastical depictions of visionary structures; built environments for restaurants, retail stores, and exhibitions; and industrial design, including furniture, objects, and consumer products. The design work of Alexander Brodsky and Ilya Utkin, Yuri Avvakumov, Tatiana Samoilova, Dmitry Azrikan, Vladimir Chaika, Alexander Gelman, Helena Kitayeva, Igor Maistrovsky, Andrey Kolosov and Valeria Kovrigina, and several other Russian design practitioners is featured. An extensive introduction devoted to the history of design in the country since 1917, identifying the heroes and precedents of this new generation of designers, is also included.

After dreary decades of a single, government-imposed style, pluralism has blossomed in the design world of the former Soviet Union. Posters, packaging, graphics, built environments for restaurants and stores, utopian architectural drawings, industrial design, furniture and consumer products are sampled in this kinetic survey, which focuses on the work of more than 25 Russian designers in the 1980s and 1990s. Eclecticism, irony, multiple meanings and postmodernist allusions characterize the output of this new generation of designers. Evolving as a visionary enterprise rather than as a market-oriented tool, Russian design has been largely ignored by the masses, yet, as this dazzlingly illustrated album shows, it has the potential to touch all aspects of life. Boym, a Russian-born designer living in New York City, where he coordinates product studies at the Parsons School of Design, traveled in Russia in 1990-1991 to research this study.
Copyright 1992 Reed Business Information, Inc.