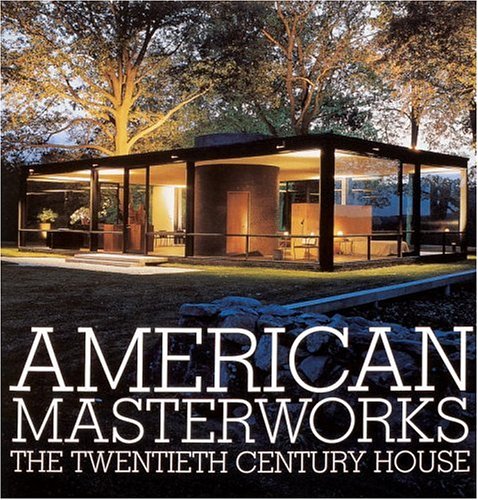 Throughout the twentieth century the United States has provided remarkably fertile ground for innovative residential architecture, from the Shingle Style pioneered on the East Coast in the late nineteenth century to the deconstructivist experiments in California today. Over the decades, American and international architects alike responded to this country's rising standard of living, rapidly expanding suburbs, and receptive often liberal clients - factors that encouraged the creative use of both unorthodox building materials and mass-produced components. One chapter is devoted to each of 34 houses by such luminaries as Richard Neutra, Eliel Saarinen, Frank Lloyd Wright, Walter Gropius, Philip Johnson, Charles Moore, Louis Kahn, and Frank Gehry. Selections of the architects' plans and finest freehand drawings complement the photographs in this history of exceptional American house design. The text by Kenneth Frampton explores each house in depth, discussing its context in the progression of American architecture, its role in the architect's oeuvre, and its broader relationship to the history of twentieth-century American cultural and artistic movements.

About the Author:
Kenneth Frampton is Ware Professor of Architecture at Columbia University.
From Booklist:
Frampton, professor of architecture at Columbia University, has teamed up with designer David Larkin to produce a fresh, knowledgeable, and visually exciting survey of the modern house in America--the modern house, that is, as a work of art. The 34 featured houses, presented in superb color photographs, truly are gems: cool, angular, pristine, and aristocratic. One of Frampton's criteria for selection stipulated that each house "possess a certain level of complexity and poetic depth." And indeed these houses do, although their complexity becomes all but invisible as we move forward in time. Frampton begins with the Greene and Greene Gamble House, built in Pasadena in 1908, a beautifully realized synthesis of Japanese aesthetics and the American arts and crafts movement. The Japanese influence is prevalent throughout the book, while the warmth of the craft movement quickly fades. The houses become increasingly grid oriented and more open to natural light and the surrounding landscape, so it's no surprise that most are found in California. The masters include Frank Lloyd Wright, Walter Gropius, Mies van der Rohe, Philip Johnson (the famous Glass House), Craig Ellwood, Louis Kahn, Paul Rudolph, Michael Graves, and Frank Gehry. Donna Seaman