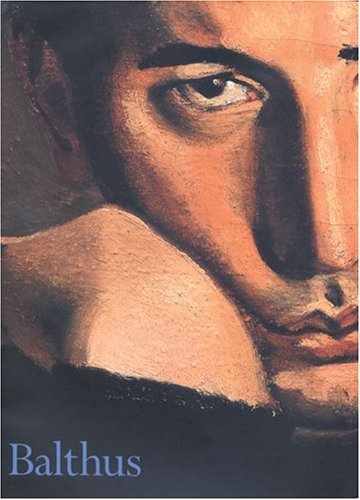 Balthazar Klossowski, known as Balthus, is largely regarded as one of the twentieth century's most important painters-- as well as the most scandalous. His dreamlike canvases populated with pubescent girls in provocative poses garnered him both praise and scorn from artists and critics alike. This volume, edited by renowned scholar Jean Clair, includes more than 400 color plates and includes essays by the premier experts on Balthus's work and life as well as recollections of the artist by his colleagues and friends.

Since the beginning of his seventy-five year career, he was admired for his extraordinary ability to straddle tradition and modernity, as is evident with his references to Renaissance masters such as Piero della Francesca. His work also revealed ties to early modernism as his first apprenticeships were guided by Claude Monet, Emile Bonnard, and André Derain. Nonetheless, by 1926, the year of his first solo exhibition in Paris, the exceptional "newness" of his work had garnered him a distinguished following including major French intellectuals such as Georges Bataille, Albert Camus, and Antonin Artaud.

This volume, which accompanies the largest exhibition to date of the artist's work, traces every stage of Balthus's career including an essay devoted to his early life and influences as well as a chapter devoted to the influence of Chinese paintings on his landscapes. A portion of the book is devoted to recollections by his friends who shed light on the elusive painter's life. The volume is complete with an extensive catalogue of his work which includes paintings, drawings, sketches for theatre sets as well as scores of photos of the artist taken by major photographers.

Jean Clair is a noted curator and scholar having organized scores of exhibitions throughout the world on major twentieth-century artists such as Pablo Picasso and Giorgio de Chirico, among many others. The author of the catalogue raisonné on Balthus, he is currently director of the Musée Picasso in Paris.