Items related to Our Man in Havana

Graham Greene Our Man in Havana

Our Man in Havana 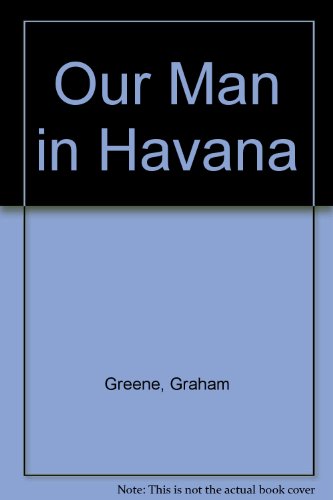 Wormold, a vacuum-cleaner salesman, was short of money, so he accepted an offer of $300-plus a month and became M16's man in Havana. To keep his job, he files bogus reports and dreams up military installations from vacuum-cleaner designs. Then his stories start becoming disturbingly true.

“Graham Greene had wit and grace and character and story and a transcendent universal compassion that places him for all time in the ranks of world literature.” –John Le Carré

Mr. Wormold, a vacuum cleaner salesman in a city of powercuts, becomes a spy to earn extra income.