Items related to The Vanishing Conscience 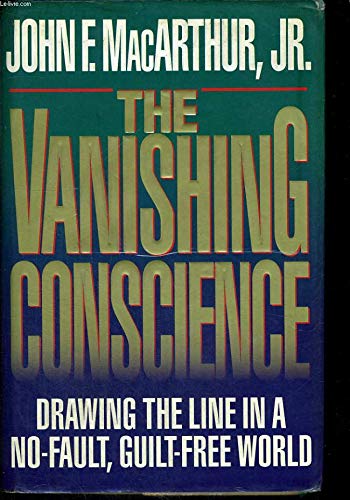 'Nowadays the word sin is rarely used in public discourse, ' says John MacArthur. 'Human misbehavior is usually treated as a medical problem rather than a moral one. Guilt is seen as a harmful emotion and, as a result, guilt feelings are denied rather than dealt with.'And, unfortunately, the church has become part of the problem instead of the solution. Instead of proclaiming the Bible's teaching about depravity and guilt and repentance, the church too often echoes the world's thinking on the psychology of guilt and the importance of feeling good about ourselves.Audiobook

John MacArthur has served as the pastor-teacher of Grace Community Church in Sun Valley, California, since 1969. His ministry of expository preaching is unparalleled in its breadth and influence. In more than four decades of ministry from the same pulpit, he has preached verse by verse through the entire New Testament (and several key sections of the Old Testament). He is president of the Master's University and Seminary and can be heard daily on the Grace to You radio broadcast (carried on hundreds of radio stations worldwide). He has authored a number of bestselling books, including Twelve Ordinary Men, and One Perfect Life.

For more details about John MacArthur and his Bible-teaching resources, contact Grace to You at 800-55-GRACE or gty.org.