Shek Kip Mei Syndrome: Economic Development and Public Housing in Hong Kong and Singapore (Studies in Society and Space, No. 4) 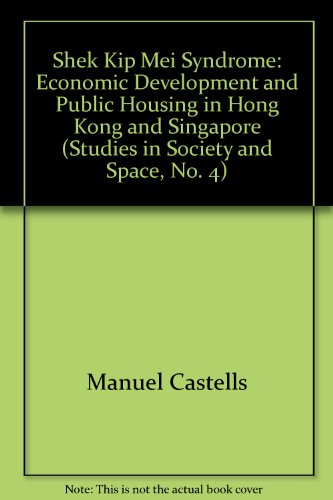 In one of the most striking paradoxes of urban policy in the world, Hong Kong and Singapore, the two market economies with the highest rates of economic growth in the last twenty-five years, are also those with the largest public housing programmes in the capitalist world (about 46% and 86% respectively). Such experience shatters the ideological prejudice which sets public housing in opposition to economic development, and thus invites analysis of their interaction as a way of discovering new relationships between urbanization and development, and, more broadly, between the economy, space, and society. This book, which is the result of extensive fieldwork, shows that government policies in the social realm can be a driving force in economic development and social stability. Thus, it also leads to a better understanding of the 'economic miracle' in the Asian Pacific. The authors challenge the prevailing view of Hong Kong as a laissez-faire economy, showing the powerful influence of its government and the fundamental role played by collective consumption in establishing the basis for productivity and competitiveness in the world economy.