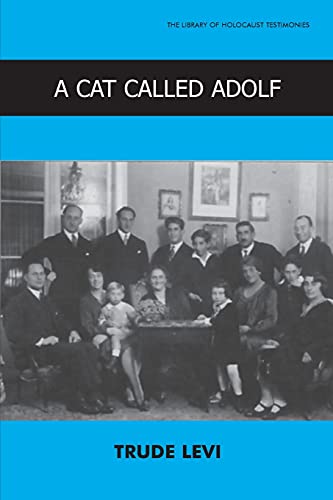 This is one holocaust memoir which does not stop at survival but goes on to describe the lasting effects upon those survivors of their persecution, betrayal and suffering. Trude Levi was inspired to set down her memories of her experiences as a young Hungarian girl deported to Buchenwald to work like a slave in a munitions factory. She says she had no sense of survival but was sustained by a strong sense of self-respect and a stubborn refusal to compromise. On her twenty-first birthday she collapsed from exhaustion on an infamous Death March and was left lying where she fell, not even worth a bullet. So, when the war ended shortly afterwards, she had survived - just. Years of wandering, poverty and hardship followed. Illness, disillusion and the insensitivity of others too their toll, yet the author is able to describe her experiences with directness and without self-pity. Her most fervent wish in telling her story is that the lessons of the Holocaust are never forgotten, and that the events she recorded are never allowed to happen again.

Book Description Soft cover. Condition: New. No Jacket. 1st Edition. Paperback. London U.K. English language. Book Condition: Very Good. Dust Jacket: None. First Edition. 168 pp. Slight signs of ware. With dedication. Corners are good. Can send more images. IN EXCELLENT CONDITION. (most of our books are 1st editions). We can send you photos of this 1book with a detailed description. Shipping is normally same day from the UK. "UK BASED SELLER ALL OVERSEAS SHIPPING VIA AIRMAIL". In Stock.- THANKS! We do not stock Ex-Library Editions or Book Club Editions. We offer a money back guarantee if you are not fully satisfied, please contact us if you have any questions. Bookseller Inventory # O, 007502. 20230101_113640. F. Seller Inventory # 007502

Shipping: US$ 39.93
From United Kingdom to U.S.A.
Destination, rates & speeds