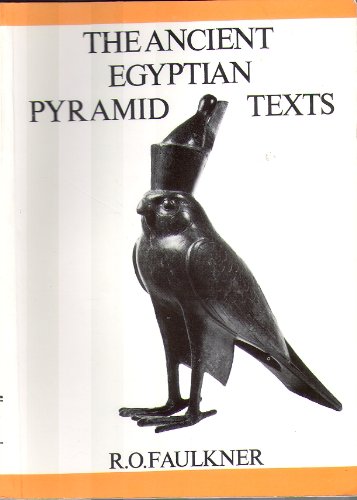 The Pyramid Texts of Ancient Egypt were carved on the walls of the pyramids of King Wenis of the end of the Fifth Dynasty and of the rulers of the Sixth Dynasty, and constitute the oldest corpus of Egyptian religious and funerary literature now extant. They are also the least corrupt of all such collections of funerary texts, and are thus `of fundamental importance to the student of Egyptian religion.' First published by Oxford UP in 1969, this important collection of translations has been reprinted.

Book Description Aris & Phillips, 1993. Paperback. Condition: Good. Item may show signs of shelf wear. Pages may include limited notes and highlighting. May include supplemental or companion materials if applicable. Access codes may or may not work. Connecting readers since 1972. Customer service is our top priority. Seller Inventory # mon0001613912

Book Description Aris & Phillips, 1993. Condition: Good. A+ Customer service! Satisfaction Guaranteed! Book is in Used-Good condition. Pages and cover are clean and intact. Used items may not include supplementary materials such as CDs or access codes. May show signs of minor shelf wear and contain limited notes and highlighting. Seller Inventory # 0856682977-2-4