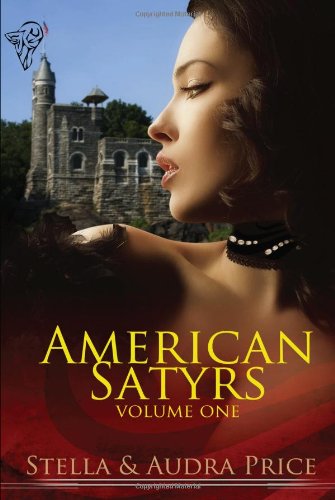 Of Crimson and Collars A prince without a kingdom, and a princess without a master. A Satyr's passion knows no bounds. As a princess of the Satyr confederation, Minerva has been coddled, spoiled and revered, as well as taught and trained just how to serve her Satyr. Beautiful, sexy and a prize in herself, she's anxious to meet the man that will become her lover, master, and reason for living. Esben Chambers, a half demon, half something else orphan lives on earth with few cares or ties. His family partially unknown, he's embraced his Strigo, or time demon, heritage, though some of his powers are well out of the scope of the lords of time. When an Imp shows up at his estate and claims he's the only living Satyr prince to clan Tempest, Ben realises there might be something to figuring out just who his father's people were, and agrees to go to New York for a Convergence Summit. He's counting on figuring out why he was left alone in the world. What he doesn't count on is the enchanting woman he sees in a floor show, the woman that makes his blood burn to possess her. Reader Advisory: This book contains bloodletting, polyamourous scenes, brief f/f interaction, very mild D/s and Satyrs with a very unique look at relationships. If you enjoy your heroes giving with a heart of gold, Ben and the world of Satyr might not be for you. To Collar and Keep A surrender to the unknown has never been sexier. Olanis, the summer holiday is upon the Satyr clans once more and it is the time for Harlequin, prince of the Rummer clan, to claim his first and only female, the Grecian Satyr princess Arabella, sight unseen. Unsure of what kind of woman his clan had brokered for him, he is both interested in the woman that would wear his collar, and nervous that she won’t meet his standards. His female has to rival him in all things, and his hopes of that coming true are slim and none. Arabella craves two things, finishing her education, and being claimed by her Satyr. An anomaly in the Satyr world, Arabella was afforded opportunities other princesses weren’t. Now, in a foreign land she is given over to the Prince she was promised to, and she couldn’t be more nervous. What's a girl to do when you’re being gifted to a man you have never seen? Harley is a commodity to the Rummer clan, one that his father plans to exploit regardless of his son’s wishes. When he gives Harley an ultimatum, Harley and Bella have two choices-agree to the terms or rebel. When sparks fly and new alliances are forged in the Satyr ranks, both Harley and Bella have to decide what it is they want and what kind of future they wish to have. Only together will they succeed, if they can suffer the slings and arrows.

Stella and Audra Price are sisters who have always shared their love of writing, even as children. Now in their twenties, they have created a complete world from the voices in their heads which they have deemed the Eververse. They both have similar interests in makeup, horror movies, dogs and a love of a good bottle of wine; they rarely disagree, unless it's over the last glass of that wine.

A Reviewer Top Pick! ... work together to bring us a stunning story of domination, submission, demons, satyrs, water nymphs, trickery and lust...I would definitely read anything else they write as this was a most enjoyable read. --Night Owl Reviews