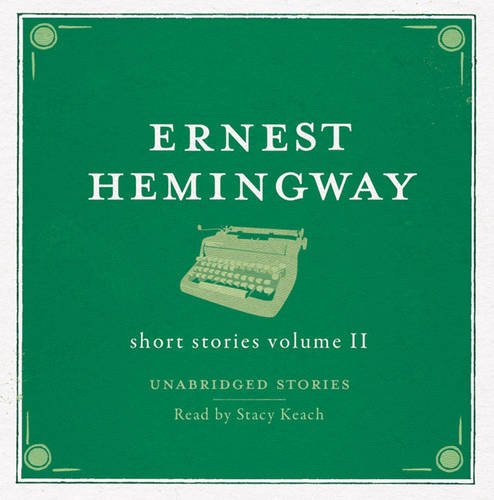 Before he gained wide fame as a novelist, Ernest Hemingway established his literary reputation with his short stories. Set in the varied landscapes of Spain, Africa, and the American Midwest, this definitive audio collection traces the development and maturation of Hemingway's distinct and revolutionary storytelling style -- from the plain bold language of his first story to his mastery of seamless prose that contained a spare, eloquent pathos, as well as a sense of expansive solitude. These stories showcase the singular talent of a master, the most important American writer of the twentieth century. The Short Stories Volume IIfeatures Stacy Keach reading such favorites as: My Old Man; Big Two-Hearted River: Part I and Part II; The Undefeated; In Another Country; Hills Like White Elephants; The Killers; Che Ti Dice La Patria?; Fifty Grand; A Simple Enquiry; Ten Indians;and A Canary for One

Ernest Hemingway did more to change the style of English prose than any other writer in the twentieth century, and for his efforts he was awarded the Nobel Prize for literature in 1954. Actor