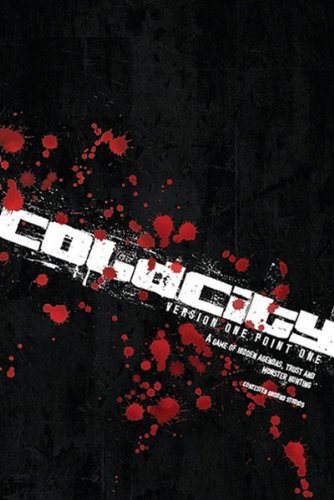 Berlin, 1950: World War 2 has been over for five years... ...but another war carries on in the shadows. As the Cold War rages in the full glare of the world media, the Underground War is fought in ruined bunkers, dank tunnels, building sites, and bombed out apartment blocks. In the divided city of Berlin, the Reserve Police Agency hunts down monsters left over from sinister experiments and twisted technology. Things from beyond our space and time, strange creatures altered by bizarre machines, the decayed corpses of undead soldiers, things that hide in the darkness. But the Reserve Police Agency itself is driven by suspicion, mistrust and political ambition. The four occupying powers of Britain, France, the USA and the USSR all see the need for the RPA, all contribute personnel, and all have their own agendas. In Cold City, players take the role of members of the RPA, those secretive Cold War monster hunters. Characters are defined not just by who they are and what they are like, but by the views of the other characters and the trust that they have in them.

Book Description Cubicle 7 Entertainment Ltd 2010-09-01, 2010. Paperback. Condition: Good. Item is in good condition. Some moderate creases and wear. This item may not come with CDs or additional parts including access codes for textbooks. Might be an ex-library copy and contain writing/highlighting. Seller Inventory # DS-0857440187-3