Items related to Irish Influences on Korean Theatre during the 1920s...

Jang, Won-Jae Irish Influences on Korean Theatre during the 1920s and 1930s

Irish Influences on Korean Theatre during the 1920s and 1930s 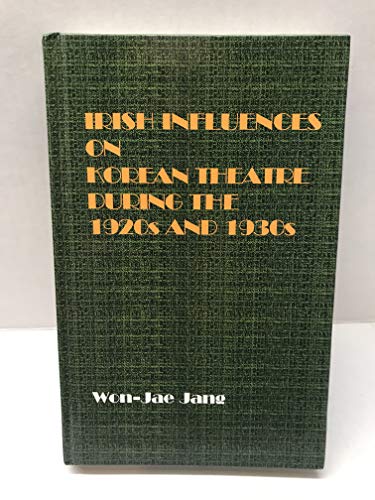 It is well known that through their plays and lecture tours the dramatists of the Irish Literary Revival influenced and inspired those of America and elsewhere to set up their own national theatres and theatre movements, but most students of the Revival are unaware of just how far this influence extended. It would surely have surprised the founders and early playwrights of the Abbey Theatre to learn that their plays were not only being published in Japan (which they knew), but were also influencing translators, playwrights, ciritcs, and theater associations in Korea.

In this work, Won-Jae Jang describes the developments of Korean theatre societies such as the Theatre Arts Association, the Earth Moon Society, and the Theatre Arts Research Association during the first quarter of the twentieth century, how plays by Lady Gregory, J. M. Synge, Lord Dunsany, Sean O'Casey, and T. C. Murray were interpreted--or misinterpreted--by Korean translators, and then describes their impact on Korean dramatists, showing in particular how the work of Synge and O'Casey influenced Chi-Jin Yoo (translations of three of whose plays--The Cow, The Mud Hut, and The Donkey--are to be published in a companion volume), and Murray influenced Se-Deok Ham. This work therefore opens up Irish drama's hitherto little-known influences on a region of the Eastern hemisphere.

Won-Jae Jang is now working for Soongsil University as a Junior Professor.