Items related to The Assassins 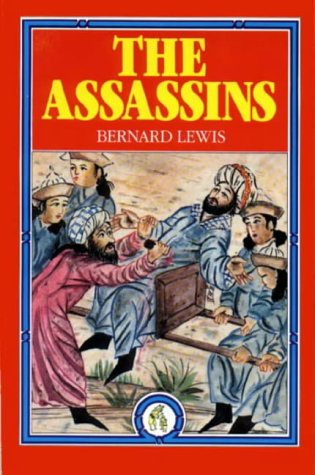 "Assassin" came to the West around the time of the Crusades, when it was the name of an Islamic sect feared by Crusaders and the Muslim establishment alike. This study traces the origins of the Assassin sect and chronicles both their doctrines and the life of their enigmatic founder.

Bernard Lewis is Emeritus Professor of Near Eastern Studies at Princeton University. Formerly Professor of Middle Eastern History at the School of Oriental & African Studies, London, 1949-74.

"An interesting text, and I am pleased that it is available in an affordable format."--J.C. Robutson, Washington University

"Traces with an easy, almost conversational scholarship the emergence, triumph, and sudden demise of the Ismaili faith."--The New Yorker

1. The Assassins: A Radical Sect in Islam

Book Description Paperback. Condition: Very Good. The book has been read, but is in excellent condition. Pages are intact and not marred by notes or highlighting. The spine remains undamaged. Seller Inventory # GOR004865882

2. The Assassins: A Radical Sect in Islam

Book Description Paperback. Condition: Good. The book has been read but remains in clean condition. All pages are intact and the cover is intact. Some minor wear to the spine. Seller Inventory # GOR003392717

3. The Assassins : A Radical Sect in Islam

Book Description Saqi Books. Paperback. Condition: Very Good. A copy that has been read, but remains in excellent condition. Pages are intact and are not marred by notes or highlighting, but may contain a neat previous owner name. The spine remains undamaged. At ThriftBooks, our motto is: Read More, Spend Less. Seller Inventory # G0863560296I4N00

5. The Assassins: A Radical Sect in Islam

Shipping: US$ 14.31
From United Kingdom to U.S.A.
Destination, rates & speeds