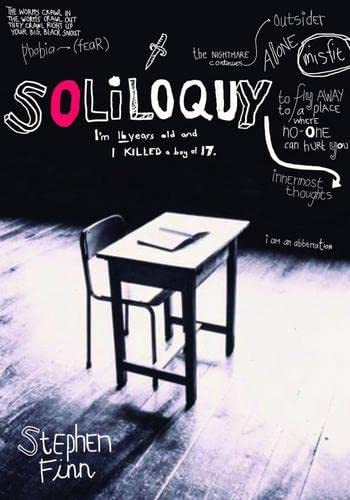 These words are recorded by Errol Stevens in his diary, which he writes in the aftermath of committing a terrible crime. Errol is a 16-year-old schoolboy growing up in 1960s South Africa. He is intellectually streets ahead of his peers, but physically and emotionally he is backward and underdeveloped. The life of this strange and courageous boy unfolds as he tells the story of his childhood, and describes events in his young life that go some way to explaining the tragedy that unfolds in an ordinary school in an ordinary town in South Africa. Soliloquy is a disturbing, indeed horrifying, novel about the turmoil and torments experienced by a teenager who is being tried for the murder of another boy. At the start, he has been rendered speechless by his experiences and has been told to write down his memories in order to help his lawyer defend him. What results is an expose of the horrors perpetrated in a boys' school. Essentially a profound psychological portrayal, Soliloquy is also a comment on society. Although set in the past, it has relevance in today's society.