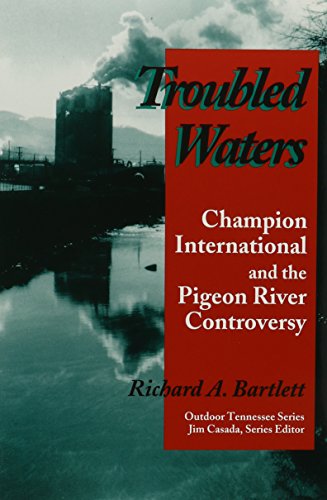 Since 1908, the corporate giant now known as Champion International has operated a pulp and paper mill along the banks of the Pigeon River in Canton, North Carolina. As a result, during most of those years, this once-sparkling Appalachian stream has been virtually useless except as an industrial sewer - foamy, foul-smelling, molasses-colored. By polluting the river, the mill that brought prosperity to Canton stunted the economic growth of the downstream communities in Cocke County, Tennessee. Although public pressure to clean up the Pigeon surfaced intermittently, it has been only in the years since 1985 that two organizations - the Pigeon River Action Group and the Dead Pigeon River Council - have mounted a sustained drive against the ongoing pollution. Today, following a multimillion-dollar upgrading of the Champion mill, the Pigeon River is cleaner but hardly pristine. Moreover, there is little evidence that Champion carried out its modernization for any reasons other than economic ones.
Although he treats the viewpoints of Champion's defenders with respect, Bartlett argues forcefully for the river's cleanup and for continuing the considerable work that remains to be done.

Richard A. Bartlett is professor of history, emeritus, at Florida State University.