Items related to Fdr's Quiet Confidant: The Autobiography of Frank... 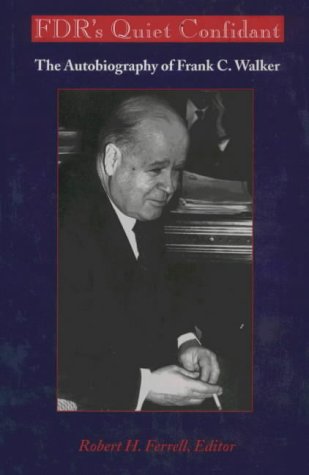 Walker (1886-1959) was one of Franklin Roosevelt's most trusted advisors from his election as US president in 1933 until his death in 1945. Originally from Butte, Montana, he was coordinating secretary for the New Deal agencies, Postmaster General during World War II, and national chairman of the Democratic Party. He dictated or wrote his autobiography between 1949 and 1956 but never edited it into finished form, and after his death the manuscript lay in archives at Notre Dame until now. Annotation c. by Book News, Inc., Portland, Or.