Items related to Storming Heaven: Lsd and the American Dream 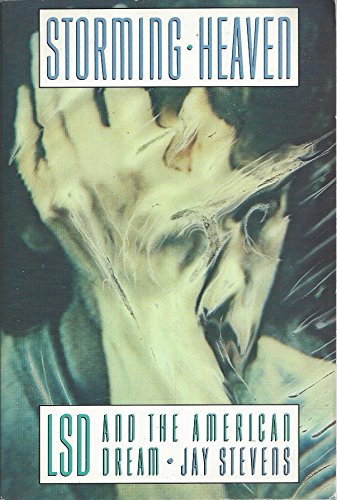 For an entire generation that came to maturity in the 1960s, LSD, the hallucinatory drug which promised liberation of human consciousness, was the catalyst of an all-pervasive cultural revolution. This is the riveting account of the unique social phenomenon created by LSD.

The definitive account of the quest for chemical transcendence. "The most compelling account yet of how . . . hallucinogenic, or 'psychedelic,' drugs became an explosive force in postwar American history."--Newsweek

Stevens has written a gripping account of the use and abuse of mind-altering drugs in recent decades. He explains the fascination of mescaline and psilocybin for psychologists interested in behaviorial change. He documents the insidious role of the CIA in testing mind-control drugs. He traces the convoluted path of Timothy Leary from his position as research psychologist at Harvard to his role as guru advocating the use of LSD to achieve spiritual utopia. He descibes the outwardly placid social climate of the 1950s, and vividly contrasts the dramatic upheavals of the 60s, sketching pulsing portraits of Allen Ginsberg, Aldous Huxley, and Jack Kerouac. Packed with facts, this is social history at its most compelling. Carol R. Glatt, New Jersey Bioethics Commission, Trenton
Copyright 1987 Reed Business Information, Inc.