Items related to The Twins 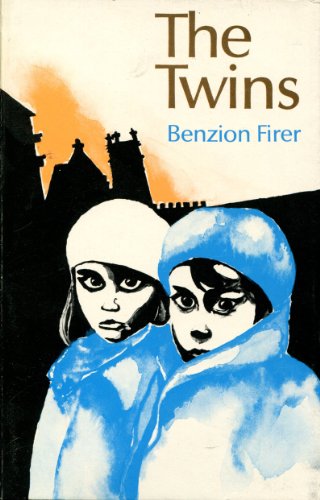 The brutalities of World War II swept through the Jewish communities of Poland, leaving a legacy of death and destruction in their wake. Yudel and Esther Glick met their death willingly, as Heaven's martyrs, al kiddush haShem, but their twin children, Chaim and Brachah, survive. In all the chaos and confusion of the war, however, they are separated. Yet even great stretches of time and space cannot sever the bonds of the spirit which unite them in their strange journeys. With heartwarming courage, and faith, they travel across a landscape of death and destruction and eventually find shelter and hope in the Land of Israel. BENZION FIRER Born in Poland in 1914 to a rabbinical family of long standing, Benzion Firer received his ordination from three rabbinic seminaries. After World War II, he worked tirelessly to help Jewish refugees reach Eretz Yisrael. Since 1948, he and his family have lived in Moshav Nir Galim in Israel, where he serves as rabbi, scholar, teacher and lecturer. Rabbi Firer has also written a series of novels which depict with clarity and sensitivity the complex events of the last fifty years of Jewish history. Three of his books-The Twins, Saadiah Weissman and The Long Journey Home-have been translated into English by Feldheim Publishers.

Book Description Feldheim, 1983. Condition: Good. Shows some signs of wear, and may have some markings on the inside. Seller Inventory # GRP87611208

Book Description Feldheim, 1983. Condition: Good. A+ Customer service! Satisfaction Guaranteed! Book is in Used-Good condition. Pages and cover are clean and intact. Used items may not include supplementary materials such as CDs or access codes. May show signs of minor shelf wear and contain limited notes and highlighting. Seller Inventory # 0873063406-2-4