Items related to The Hair of Harold Roux (Hardscrabble Books–Fiction...

The Hair of Harold Roux (Hardscrabble Books–Fiction of New England) 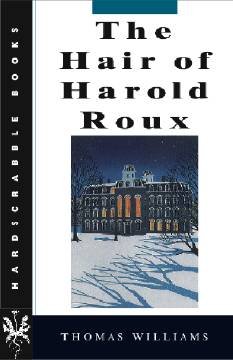 Aaron Benham--professor, novelist, friend, mentor, family man, and sometime idealist--is supposed to be working on his new novel, The Hair of Harold Roux. But instead, tormented by the chaos of his present and the demons of his past, he is riding his motorcycle too fast, drinking too much, and thinking too often and deeply. Through Aaron's rich, if angst-ridden, mind we discover that his novel-within-a-novel is really a thinly disguised account of his own turbulent post-World War II collegiate days. Harold Roux, a naive but well-meaning ex-GI who hides his premature baldness under an ill-fitting hairpiece, and Allard Benson, Aaron's fictional alter ego, become locked in what Aaron sardonically describes as "a simple story of seduction, rape, madness, and murder--the usual human preoccupations."

Thomas Williams (1926-1990) was a creative writing teacher at the University of New Hampshire.

The Hair of Harold Roux

The Hair of Harold Roux (Hardscrabble Books?Fiction of New England)