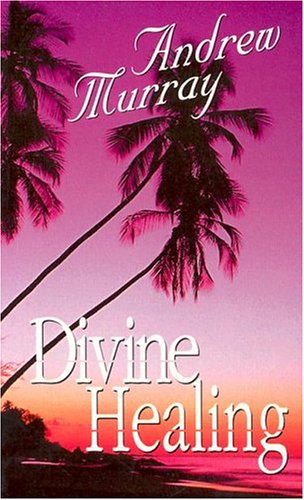 "In Jesus, we have both pardon & healing; they are two sides of His redemptive work." The health of our bodies is a part of the salvation Jesus earned for us on Calvary. He took upon Himself both our souls and our bodies, delivering both in equal measure from the consequences of sin.
In the ministering of the apostles, forgiveness and healing complemented each other, allowing the Spirit of God to flow freely.
Why isn't the modern Church experiencing this surge of God's healing power? What does He promise us regarding divine healing?
Andrew Murray answers these questions scripturally, showing how to walk victoriously in divine health.

Andrew Murray (1828–1917) was a South African writer, teacher, and Christian pastor. Murray considered missions to be "the chief end of the church." Andrew pastored churches in Bloemfontein, Worcester, Cape Town and Wellington, all in South Africa. He was a champion of the South African Revival of 1860. In 1889, he was one of the founders of the South African General Mission (SAGM), along with Martha Osborn and Spencer Walton. After Martha Osborn married George Howe, they formed the South East Africa General Mission (SEAGM) in 1891. SAGM and SEAGM merged in 1894. Because its ministry had spread into other African countries, the mission's name was changed to Africa Evangelical Fellowship (AEF) in 1965. AEF joined with SIM in 1998 and continues to this day. He died on January 18, 1917, four months before his eighty-ninth birthday. Over the years he has influenced many, including Jessie Penn-Lewis, a key figure in the 1904-1905 Welsh Revival.

Book Description Condition: New. In the ministering of the apostles, forgiveness and healing complemented each other, allowing the Spirit of God to flow freely. Andrew Murray answers these questions scripturally, showing how to walk victoriously in divine health. Seller Inventory # 9780875083759