Items related to Ocean, Ice, and Atmosphere: Interactions at the Antarctic... 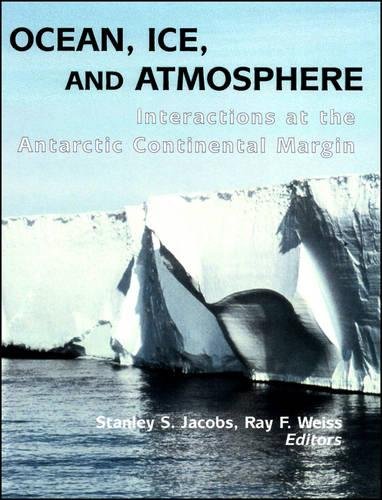 Published by the American Geophysical Union as part of the Antarctic Research Series, Volume 75.

The Antarctic continental shelf, slope and rise cover roughly six million square kilometers, all beneath seasonal or perennial sea ice or under ice shelves and glacier tongues. With an area half the size of the grounded ice sheet and one third the winter maximum sea ice extent, the continental margin ocean circulation can hardly be covered in a single volume. Nevertheless, more than 50 authors attempt here to update our current understanding of this important region, aided by modern ships and improved instrumentation, more realistic conceptual and numerical models, and by historical data and recent observations, often obtained under the most extreme conditions. They address issues ranging from air-sea to ice-ocean interactions, ice crystals to icebergs, regional circulation to circumpolar fronts, tides to bottom topography, and the fate of deep water to the formation of bottom water. Several related sea ice studies appear in Antarctic Sea Ice: Physical Processes, Interactions and Variability, volume 74 in this series.

Published by the American Geophysical Union as part of the Antarctic Research Series, Volume 75