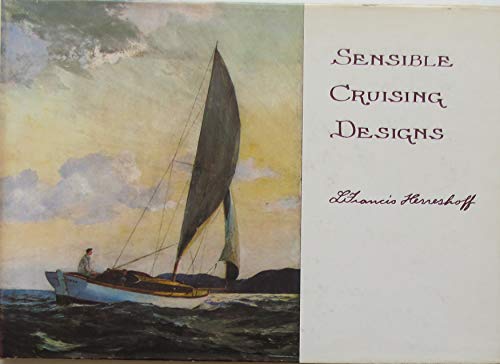 L. Francis Herreshoff created some great yacht designs. His designs are marked by clean, sweeping lines and a simplicity of hull and rig that show that they have been drawn by a true artist. In each design, he strips away every non-essential and leaves the true elements of a masterpiece. His father, Nathanael G. Herreshoff, had the same genius, but whereas the work of the father emphasized engineering perfection, the work of the son emphasized artistic perfection.

Francis Herreshoff's work certainly shows the influence of his father, but his designs are tempered with an even older tradition. One of Captain Nat's famous designs was the little Buzzards Bay 12 1/2-footer, which may be examined in the plans at the back of this book in the form of Francis Herreshoff's slightly enlarged copy, the Buzzards Bay 14-footer. It is interesting to note the influence of this design on L. Francis' well-known cruising ketch, the H-28. But the schooner yacht America, which came out decades before Captain Nat began designing yachts, also had considerable influence on several famous Francis Herreshoff designs, such as the Tioga II, now Ticonderoga. And L. Francis was obviously intrigued with the possibilities of the double-ender, an ancient form of hull.

The primary designs in this book are based on L. Francis Herreshoff's series of articles in the Rudder magazine of the 1940's and 1950's detailing how to build many of his designs. It was a very popular series, and a considerable number of boats were built according to the plans and instructions L. Francis included. We have added to these design plans for 46 additional small craft and cruising yachts designed by L. Francis.

It is our hope that his book will lead to the building of more and more boats from the designs of L. Francis Herreshoff. There could be no more fitting tribute to him.

``We Herreshoff disciples--and we are legion--have savored each succinct phrase, every wry comment on the foibles of less chaste boats and boatmen. Indeed, Sensible Cruising Designs may well be the choicest of all in many readers' estimation.'' (Motor Boating & Sailing)

``This book is not only valuable for the technical material it contians but will offer much enjoyable reading to all who love the sea and the ships that sail on it.'' (Sea)

``The specifications and instructions are practically a course in yacht building.'' (WoodenBoat)