Items related to The Islamic World: From Classical to Modern Times (Essays...

The Islamic World: From Classical to Modern Times (Essays in Honor of Bernard Lewis) 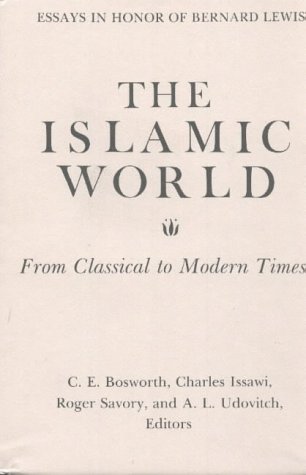 Bernard Lewis's work has covered all periods, and most countries, of the Islamic Middle East. This festschrift, written by some of his numerous colleagues, friends, and former students, includes some of the most distinguished orientalists, historians, and social scientists of our time and is a fitting tribute to Professor Lewis's scholarship. The contributions range, geographically, from On Chinese Rhubarb to The Jewish Courtier Class in Late Eighteenth-Century Morocco and, topically, from The Concept of Authority in Islamic Thought to A Forgotten Ottoman Romance and Safety in Numbers: Reflections on the Middle Eastern Balance of Power. Taken together, the fifty-two essays constitute a variegated collection of studies on a many-sided and important civilisation. The collections are assembled under three major headings: The Classical and Medieval Islamic World; Ottoman Studies and The Modern Middle East.

1. The Islamic World: From Classical to Modern Times (Essays in Honor of Bernard Lewis)