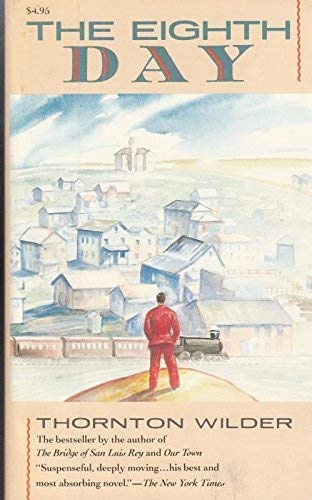 The lives of the two southern Illinois families become entwined after John Barrington Ashley is convicted for the murder of his employer, Breckenridge Lansing

This new edition of Thornton Wilder's renowned 1967 National Book Award–winning novel features a new foreword by John Updike and an afterword by Tappan Wilder, who draws on such unique sources as Wilder's unpublished letters, handwritten annotations in the margins of the book, and other illuminating documentary material.

Book Description Paperback. Condition: Good. Connecting readers with great books since 1972. Used books may not include companion materials, some shelf wear, may contain highlighting/notes, may not include cdrom or access codes. Customer service is our top priority!. Seller Inventory # S_311641711

Book Description Paperback. Condition: Good. Connecting readers with great books since 1972. Used books may not include companion materials, some shelf wear, may contain highlighting/notes, may not include cdrom or access codes. Customer service is our top priority!. Seller Inventory # S_311607985

Book Description Paperback. Condition: Good. browned inside, name first pg. Book shows common (average) signs of wear and use. Binding is still tight. Covers are intact but may be repaired. We have 500,000 books to choose from -- Ship within 24 hours -- Satisfaction Guaranteed!. Seller Inventory # mon0000837771