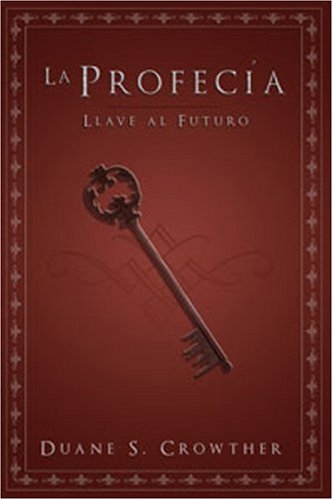 Duane S. Crowther is a well-known theologian, lecturer and LDS author with a broad background of education and experience. He graduated from Brigham Young University with a BA in music education, holds a Master of Arts degree from BYU in Old and New Testament, an MBA from the University of Phoenix, and has completed course work for a PhD in music education at the University of Utah. A prolific author who seeks to serve others through his writing, Brother Crowther is the author of twenty-five books on various religious and general topics. He also has produced more than thirty cassette tapes on theological and business-oriented themes. Elder Crowther has had extensive Church experience, including the filling of three missions. He has also been a Stake Mission President and Senior President of Seventies, a Sunday School Superintendent, and MIA Superintendent, an Elders Quorum President, a member of several stake boards, a director of stake and ward choirs, and has filled many callings as a teacher and teacher-trainer, including many years of service as a Gospel Doctrine class instructor. He is a Master M-Man and an Eagle Scout. He served as a baptizer in the Salt Lake Temple for almost a decade and as a tour host on Temple Square. In his professional life, Brother Crowther has been an instructor and principal with the LDS seminary system and has taught music in the Utah public schools. He has taught college courses for several Utah universities and has lectured extensively for LDS youth groups, education weeks, and business seminars. He has written monthly columns for trade magazines on business topics. He is president and senior editor of Horizon Publishers & Distributors, Inc., a Utah-based printing, publishing and manufacturing firm. Elder Crowther has written and produced four patriotic pageants for the stakes and regions in his area. Two of these, produced in conjunction with KSL and KBYU television stations, received national awards from the Freedoms Foundation at Valley Forge. He is married to the former Jean Decker, who is also an author and musician. They are the parents of eight children and presently reside in Bountiful, Utah.

Book Description Horizon Publishers, an Imprint of Cedar Fort, Inc., 2008. Condition: Good. A+ Customer service! Satisfaction Guaranteed! Book is in Used-Good condition. Pages and cover are clean and intact. Used items may not include supplementary materials such as CDs or access codes. May show signs of minor shelf wear and contain limited notes and highlighting. Seller Inventory # 0882905325-2-4

Book Description Horizon Publishers, an Imprint of Cedar Fort, Inc., 2008. Paperback. Condition: GOOD. Has little wear to the cover and pages. Contains some markings such as highlighting and writing. Seller Inventory # 0882905325_abe_gd

Book Description Horizon Publishers, an Imprint of Cedar Fort, Inc., 2008. Paperback. Condition: VERY GOOD. Pages are intact and are not marred by notes or highlighting, but may contain a neat previous owner name. The spine remains undamaged. Seller Inventory # 0882905325_abe_vg