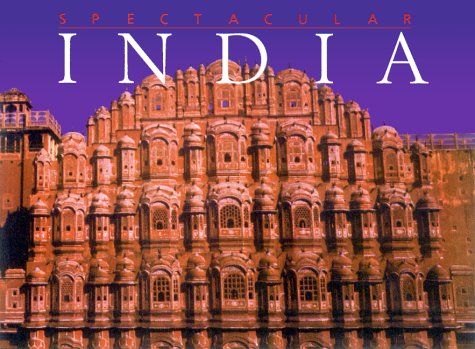 When you think of India, do you think first of ancient architectural treasures such as the Taj Mahal, grandiose Buddhist temples, royal palaces, and the modern buildings of Le Corbusier? Do you think of monsoon-swept seacoasts and tiger-infested jungles, or snow-capped Himalayas and camel rides across sun-scorched deserts? Do you think of backwater fishing villages and tea-farming estates, or the modernized look of cities such as Bombay, Delhi, and Calcutta?

A century ago, Mark Twain described India as "the land of dreams and romance, of fabulous wealth and fabulous poverty, of splendour and rags, of palaces and hovels, of famine and pestilence, of genies and giants and Aladdin lamps, of tigers and elephants, the cobra and the jungle, the country of a hundred nations and a hundred tongues, of a thousand religions and two million gods." Since that time, India has grown and changed, has gained all the advantages of modernization and technological awareness, and yet has not lost the magical qualities that have always charmed visitors. To this day, India is nothing if not diverse. That diversity--the variety of settings, and the spirit of accommodation in which so many distinct cultures live side by side--makes India's national identity as unique and fascinating as any on Earth.

Spectacular India presents an engrossing photographic tour of this extraordinary land, with an oversized landscape format the size of a 19" television, and thirty-six pages of foldouts opening to nearly four feet. The glorious full-color photographs are taken by some of India's finest photographers, and each chapter is written by a prominent Indian expert in the given subject.