Items related to How Green Was My Valley

LLEWELLYN; RICHARD How Green Was My Valley

How Green Was My Valley 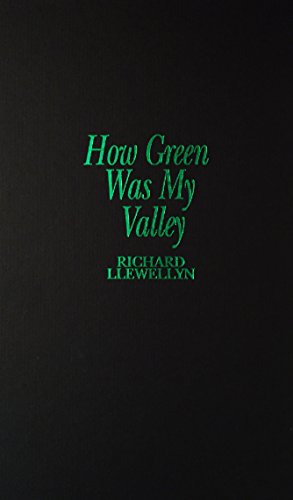 Growing up in a mining community in rural South Wales, Huw Morgan is taught many harsh lessons. Looking back, where difficult days are faced with courage and the valleys swell with the sound of Welsh voices, it becomes clear that there is nowhere so green as the landscape of his own memory.

RICHARD LLEWELLYN (1906-1983), a Welsh novelist, was born in Hendon, England, in the county of Middlesex. Before World War II, he spent periods working in hotels, wrote a play, worked as a coal miner, and produced his best-known novel, How Green Was My Valley, as well as nineteen other novels. After the war he worked as a journalist, covering the Nuremberg Trials, and then as a screenwriter for MGM.

British actor Phillip Madoc's outstanding narration conveys all of the warmth and affection of this 1939 classic about growing up in a Welsh coal-mining village. Endearing without being overly sentimental, Madoc's perfect Welsh accent differentiates the characters clearly, consistently and fondly. His low personal tones throughout the first-person narrative speak from the heart and draw the listener into an engrossing tale. This audio production coincides with the long-awaited video release of the 1941 Academy Award-winning film based on the same story. S.K. (c)AudioFile, Portland, Maine

How Green Was My Valley