Items related to The New Testament in Modern English

The New Testament in Modern English 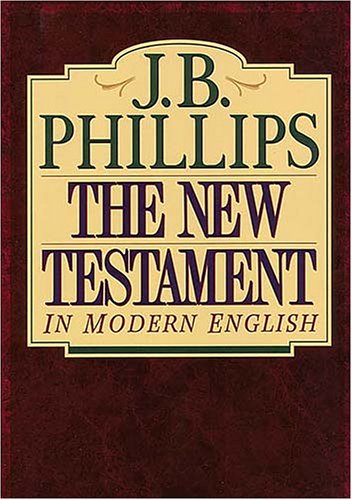 With millions of copies in print since its first publication, J.B. Phillips' edition of The New Testament in Modern English is the authoritative, classic translation from the latest Greek text published by the United Bible Societies, recognized by scholars of all denominations as the best source available.

Begun as a translation of the Epistles, entitled "Letters to Young Churches," intended as encouragement to his British congregation under siege from German bombs during World War II, Phillips' painstaking task expanded until he had given the world a lively, readable, and accurate text. This respected translation of the New Testament remains a message of hope for modern believers in an ever-changing world.

I would like to make it clear to my readers that this new edition is in fact a new translation from the latest and best Greek text published by the United Bible Societies in 1966 and recognized by scholars of all denominations as the best source available. Naturally some considerable parts of the former translation reappear, but that is only because after considerable thought I did not think I could improve upon their wording. However, the reader may rest assured that every single Greek word was read and considered. This rather exacting task me more than two years.

J.B. Phillips died in 1983. A canon of the Anglican church, his works include The Newborn Christian and his highly acclaimed translation The New Testament in Modern English.

The New Testament in Modern English