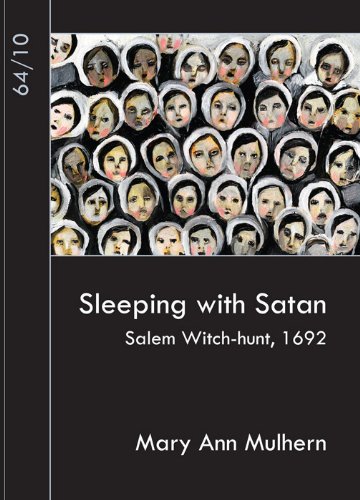 From June through October 1692, in Salem, Massachusetts, 150 people were charged and 19 were convicted of witchcraft and hanged on Gallow's Hill for refusing to plead guilty. The work in this collection by Mary Ann Mulhern tells their story in a poignant and shocking manner.

Mary Ann Mulhern is a Windsor teacher and poet. Her first collection The Red Dress received national attention in a CBC interview on Tapestry. Touch the Dead was short-listed for the Acorn-Plantos award in 2007. When Angels Weep, published in 2008, was launched at the University of Windsor and short-listed for the Acorn-Plantos award in 2009. Sleeping with Satan, brings the Salem Witch-hunt into contemporary focus.