Items related to Road to Olympus 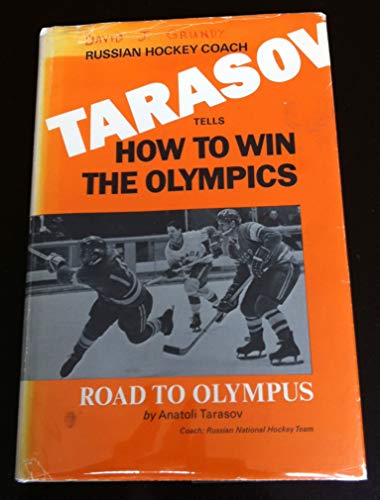 Anatoly Tarasov was widely regarded as a coaching genius. He helped introduce the Canadian version of hockey into the Soviet Union in 1946 and, eight years later, his team won the international amateur hockey championship. He adapted the Russian version of hockey, which at that time resembled outdoor soccer on ice, to the style that is played indoors on smaller rinks. He then defeated the Canadians and Americans at their own game.

Book Description Griffin House, 1969. Condition: Good. A+ Customer service! Satisfaction Guaranteed! Book is in Used-Good condition. Pages and cover are clean and intact. Used items may not include supplementary materials such as CDs or access codes. May show signs of minor shelf wear and contain limited notes and highlighting. Seller Inventory # 0887600026-2-4

8. Road to Olympus: How to Win the Olympics