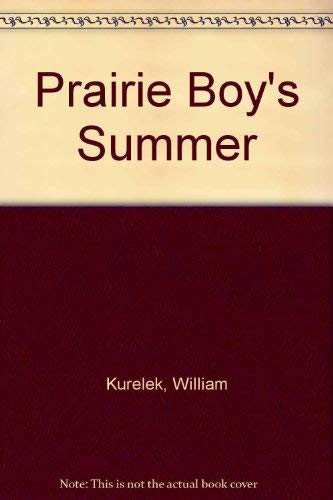 “The book walks the straight furrow between sentimentality of nostalgia and the brutalizing of sweated labor.”
–New York Times Book Review

e prairies during the Depression years was not a vacation from school; it was hard work.

Book Description TUNDRA BOOKS, 1975. Condition: Good. 1ST. Former Library book. Shows some signs of wear, and may have some markings on the inside. Seller Inventory # GRP15438813

Book Description Tundra Books. Hardcover. Condition: Very Good. A copy that has been read, but remains in excellent condition. Pages are intact and are not marred by notes or highlighting, but may contain a neat previous owner name. The spine remains undamaged. At ThriftBooks, our motto is: Read More, Spend Less. Seller Inventory # G0887760589I4N00

Book Description Tundra Books, 1975. Hardcover. Condition: Good. Hardback with D/J, book good condition, D/J although just about all there has a lot of tears. 1975 Tundra Books. First edition, first printing. Owners name on first page. Review - A Prairie Boy's Summer has garnered numerous awards since its publication in 1975: A New York Times Outstanding Book of the Year, 1975; A Children's Book Council Showcase Book Award, 1976; Canadian Association of Children's Librarians, Best Illustrated Book, 1976; IODE Book of the Year, 1976; and, also in 1976, the Amelia Frances Howard-Gibbon Illustrator's Award. The original paintings of A Prairie Boy's Summer are on extended loan to the Art Gallery of Windsor, Windsor, Ontario, Canada, from the collections of Hiram Walker & Sons Ltd., Walkersville, Ontario, Canada. Support for the publication of this children's book was received from the Canada Council for the Arts. Financial support was received from the Government of Canada through the Book Publishing Industry Development Program. William Kurelek (1927-1977) was a Canadian realist artist (landscape painter and highly regarded illustrator of children's books) and writer the eldest of seven children born to Ukrainian immigrant parents in Alberta, Canada. He received an arts degree from the University of Manitoba, Winnipeg, in 1949; studied at the Ontario College of Art; and, at the Instituto Allende in Mexico. In the 1950s, he lived in England, and "had paintings in the Royal Academy Summer Exhibitions from 1956 to 1958." His art and writings were "influenced by his childhood on the prairies, his Ukrainian-Canadian roots, and his Roman Catholic religion" (he converted from Ukrainian Orthodox in 1957). Since religion was a very real, important part of his life and a source of inspiration for his works, many of his paintings have titles with quotes from Biblical scriptures, and even his initial "W" on his artwork shows a cross. Kurelek's stories and artwork are based on real-life experiences--he grew up on a grain farm in Alberta and on a dairy farm in Manitoba. The main character in A Prairie Boy's Summer is named William (as is he); the stories narrated are also a repertoire from his past, making the book autobiographical in a real sense. Each of the twenty vignettes ("his writing was always tied to his art") relates a unique summer's story of life on a farm on the Canadian prairie as experienced by twelve-year old William, and is colorfully illustrated on the facing page. The opening vignette introduces the end of the school year, which is the beginning of summer. As we greet summer's entrance, we're exposed to William's sundry chores, games, and daily encounters. Join him on his school's quest to win The Shield; learn whether William preferred to play baseball or softball; savor lunch menus and meal preferences; accompany William on the last day of school, known as Field Day; see William's cat, Kitka (the Ukrainian word for cat), get dive-bombed by swallows; let William explain killdeers; encounter a "devil's wedding" (a Ukrainian name); learn how to make hay; cultivate corn; milk a cow; and, accompany William on other adventures throughout the ensuing months. Soon, summer would end, and "a sure sign that autumn was taking over" was threshing time. William shares his twelfth summer in a personal, poignant way as a father might, passing on his childhood recollections to his kids. Relive summer's 1930s history on Canada's prairie as seen through the thoughts and eyes of a special, sensitive young artist, William. A five-star recommendation for a classic children's book sure to be reread and enjoyed often by both children and adults! - used books, secondhand books, out of print books, hard to find books, for sale, second-hand books, college books, student books, nonfiction, first edition, , non-fiction books delivered world wide. Excess postage may be required for books over 1 kg in weight outside the EU. ISBN 0-88776-058-9 0887760589. Seller Inventory # 7055

Shipping: US$ 8.47
From United Kingdom to U.S.A.
Destination, rates & speeds