Items related to Moonwebs: Journey into the mind of a cult

Freed, Josh Moonwebs: Journey into the mind of a cult 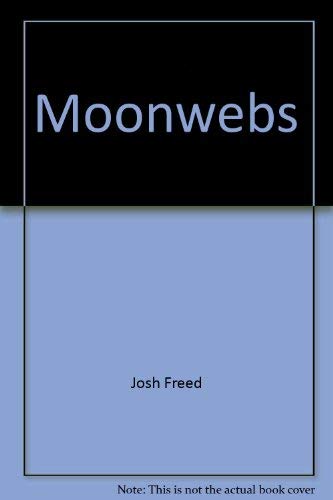 n Moonwebs, award-winning journalist Josh Freed penetrates the complex and frightening world of modern day cults. He describes the incredible efforts made by friends to extricate their friend Benji Miller from the grasp of cult leader Sun Myung Moon. When friends and family risked thousands of dollars and criminal charges to kidnap Benji and deprogram him, author Josh Freed was with them. He conveys the terrifying power of the Unification Church by describing their harrowing brainwashing techniques. When first published Moonwebs sold 70,000 copies. Véhicule Press is pleased to bring this gripping case study, which reveals the growing political and financial empire of Rev. Sun Myung Moon, back into print.

Josh Freed is an award-winning film-maker, writer and journalist who works in every medium but the hammer and chisel. In 2003, he was named Canada's best newspaper columnist for his weekly column in the Montreal Gazette: the second time in six years he ha

Buy Used
Condition: Fine
The book is fine in a very good... Learn more about this copy

Moonwebs : Journey Into The Mind Of A Cult

Moonwebs: Journey Into the Mind of a Cult

Book Description Hardcover. Condition: Very Good. Item is in very good condition. If supplemental codes/CDs for textbooks are required please contact us prior to purchasing as they may be missing. Photos are stock pictures and not of the actual item. Seller Inventory # DS-0888930186-2