Items related to Black Rifle II: The M16 Into the 21st Century

Black Rifle II: The M16 Into the 21st Century 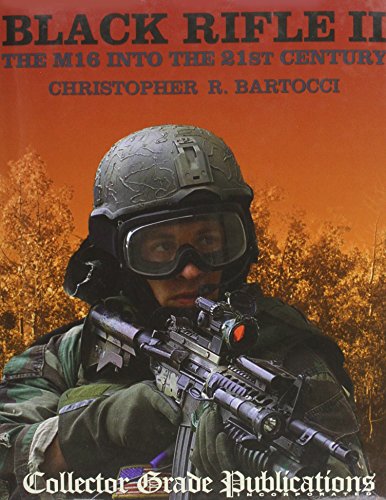 This new book is a sequel to the perennially popular 1987 Collector Grade title The Black Rifle, which is now in its fourth printing. Amazingly, considering the storms of controversy which surrounded the light rifle program in its early days, the M16 has gone on to become the longest-serving shoulder arm in US history, and the benchmark against which any new military rifle, American or otherwise, must now be compared. Even more astonishingly, the M16 today is at the center of a thriving, multi-million-dollar industry involving numerous companies and military agencies who are designing and manufacturing drop-in upper receivers in various configurations and calibers, plus complex rail systems and other high-tech accessories, all based on the M16 3platform2, which thereby grows more firmly established with each passing day. This book chronicles all the new third- and fourth-generation rifle and carbine models which have been introduced by Colt and Diemaco since The Black Rifle was originally published, and describes and depicts the myriad of enhanced sights and rails systems which help make the M16s of today the most versatile, modular and effective combat weapons in the world. It also includes a comprehensive survey of the Colt semi-automatic-only family of commercial and law enforcement products, in .222 Remington, 5.56mm (.223 Remington), 9mm and 7.62x39mm, and an in-depth Reference Compendium of all Colt military and civilian models and components