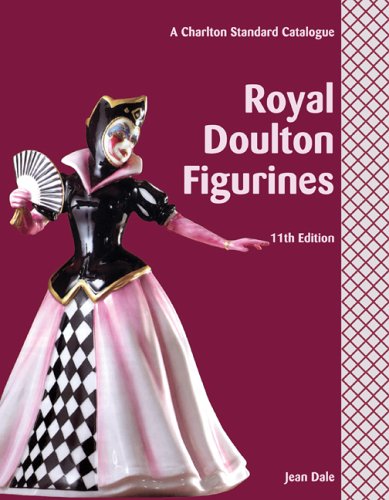 The early Lambeth figures of John Broad, Leslie Harradine, Mark Marshall and George Tinworth continue to make gains in the market place. It is almost impossible to find a Tinworth figure for less than $2,000, while his classic pieces are in the five figure category. Noke¡¯s Vellum figures, produced at Burslem, have increased in value over 10th edition prices.

The early figures in the HN Series, from HN1 to approximately HN2000, have basically increased in value. This, of course, does not include the ¡°long run¡± figures such as the Balloon Lady, Top ¡®o the Hill, etc. Character figures such as the Carpet Seller, Orange Vendor and The Cobbler are experiencing a weakening demand.

It is the middle section of HN numbers from approximately HN2000 to HN3000 that have come under pressure from on-line auction sales. It is the supply of figures in this bracket which experienced the great demand of the 1960¡¯s and 1970¡¯s as the pre-boomers entered the collectable field with gusto. It is these collections that are now being offered for sale on on-line auctions resulting in the supply overtaking the demand. The HN Series of the last twenty years, let¡¯s say HN3000 to HN4800, are basically short issued and are either holding or increasing in value.

More figures than ever are being issued annually. In 2005 over 125 new HN numbered figures were issued. However, the number of limited edition pieces is increasing, with the issue period being shorter, which makes an interesting case for the secondary market.

The 2005 figure Lawrence of Arabia (HN4695) by Alan Maslankowski, with a limited edition of 50 pieces carried on the modern Prestige series which began in 2002. We now have four figures in this series.

Other series introduced in 2005 are Best of the Classics, Chic Trends, Natural Beauty, Petites and Street Vendors.

All prices have been reviewed and updated for the 11th edition. In some cases, between markets we have the foreign exchange difference playing a major factor.

The 11th edition is the largest ever with the body of the book being 544 pages, plus 32 pages of colour.

The 11th edition is available from your local Royal Doulton dealer, book stores, on-line book stores such as Amazon.com, Amazon.co.uk, Barnes&Noble.com and chapters.indigo.ca, or directly from the Charlton Press at the cover price plus postage.