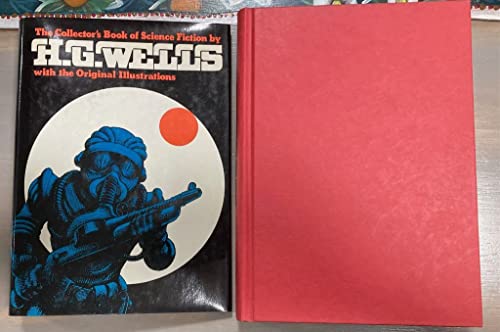 This book contains the complete novels: The War of the Worlds, The First Men on the Moon and When the Sleeper Wakes. Also included are a variety of short stories, including the noted The Country of the Blind, The Empire of the Ants, The Valley of Spiders, and The Man Who Could Work Miracles.

In addition to those spectacular accounts, Stories of the Stone Age are included as an extra bonus. These stories appear exactly as they did in the illustrated magazines that were prevalent in the early 1900s. This collection of Well's most famous science fiction breathes new life into these already thrilling stories, some of which have not been seen in decades. Wells published his first science-fiction novel in 1895 to widespread acclaim. This illustrated, hardcover collection makes the perfect gift for any science fiction reader and lover of literature.

As a novelist, Wells made his debut with The Time Machine, a parody of English class division and a satirical warning that human progress is not inevitable. His last book, Mind At The End of Its Tether (1945), expressed pessimism about mankind's future prospects. Wells died in London on August 13, 1946.