Items related to James E. Taylor Sketchbook: With Sheridan Up the Shenandoah... 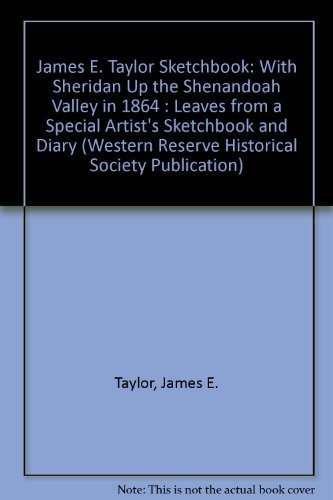 James Edward Taylor (1839-1901) was an artist with Frank Leslie's Illustrated Newspaper during the American Civil War who was assigned to cover the campaign of General Phillip Sheridan in the Shenandoah Valley which began in August of 1864. Following the war, Taylor compiled over 500 narrative sketches and drawings based on his unique experience as the only artist assigned to cover General Sheridan. His sketches show heroic encounters, tragic deaths, thrilling victories, defeats, and all manner of military activity. Taylor also drew pictures depicting places, buildings, and scenes of local interest and character. All of these are tied together by a narrative.