Items related to The Influence of Sea Power upon History, 1660-1805

Mahan, Alfred Thayer The Influence of Sea Power upon History, 1660-1805 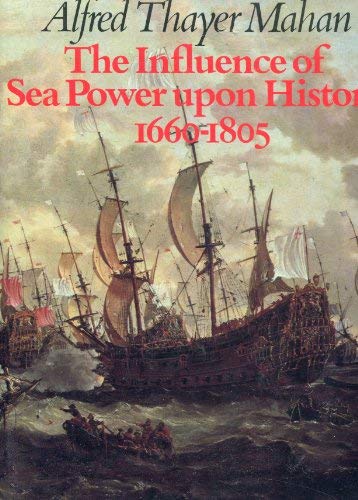 Captain Mahan has written distinctively the best and most important, and also by far the most interesting, book on naval history which has been produced on either side of the water for many a long year. --Atlantic Monthly, October 1890 First published over a century ago, this classic text on the history and tactics of naval warfare had a profound effect on the training of officers and the deployment of naval resources around the globe. It continues to be a primary reference for naval students and historians. The Influence of Sea Power upon History, 1660-1783 presents the argument that, despite great changes and scientific advances in naval weaponry, certain principles of naval strategy remain constant. Beginning in the time of Alexander the Great, those nations with strong commercial and military command of the seas were the nations of greatest strength, wealth, and power. Though the determinants of military supremacy and the global balance of power have changed due to tremendous advances in technology, the principles and strategies discussed in the book remain creditable. The extensive presentation of the history of high-seas navigation alone makes this book an invaluable resource, as it has been credited with stimulating the growth of modern navies in leading countries of the world. Alfred Thayer Mahan demonstrates through historical examples that the rise and fall of sea power and the wealth of nations have always been linked with commercial and military command of the sea. Mahan describes successful naval strategies employed in the past--from Greek and Roman times through the Napoleonic Wars--with an intense focus on England's rise as a sea power in the eighteenth century. This book provides not only an overview of naval tactics but also a lucid exposition of geographic, economic, and social factors governing the maintenance of sea power.