Items related to We Have Always Lived in the Castle

Jackson, Shirley We Have Always Lived in the Castle

We Have Always Lived in the Castle 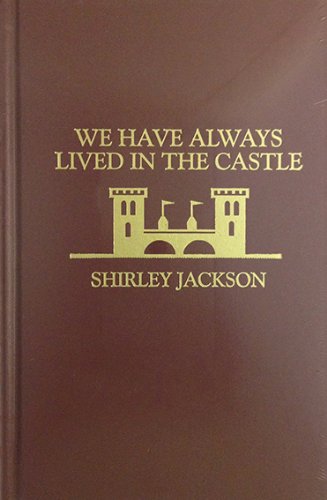 The inhabitants of the Rochester house wield a strange power over their neighbors.

Visitors call seldom at Blackwood House. Taking tea at the scene of a multiple poisoning, with a suspected murderess as one's host, is a perilous business. For a start, the talk tends to turn to arsenic. "It happened in this very room, and we still have our dinner in here every night," explains Uncle Julian, continually rehearsing the details of the fatal family meal. "My sister made these this morning," says Merricat, politely proffering a plate of rum cakes, fresh from the poisoner's kitchen. We Have Always Lived in the Castle, Shirley Jackson's 1962 novel, is full of a macabre and sinister humor, and Merricat herself, its amiable narrator, is one of the great unhinged heroines of literature. "What place would be better for us than this?" she asks, of the neat, secluded realm she shares with her uncle and with her beloved older sister, Constance. "Who wants us, outside? The world is full of terrible people." Merricat has developed an idiosyncratic system of rules and protective magic, burying talismanic objects beneath the family estate, nailing them to trees, ritually revisiting them. She has made "a powerful taut web which never loosened, but held fast to guard us" against the distrust and hostility of neighboring villagers.

Or so she believes. But at last the magic fails. A stranger arrives--cousin Charles, with his eye on the Blackwood fortune. He disturbs the sisters' careful habits, installing himself at the head of the family table, unearthing Merricat's treasures, talking privately to Constance about "normal lives" and "boy friends." Unable to drive him away by either polite or occult means, Merricat adopts more desperate methods. The result is crisis and tragedy, the revelation of a terrible secret, the convergence of the villagers upon the house, and a spectacular unleashing of collective spite.

The sisters are propelled further into seclusion and solipsism, abandoning "time and the orderly pattern of our old days" in favor of an ever-narrowing circuit of ritual and shadow. They have themselves become talismans, to be alternately demonized and propitiated, darkly, with gifts. Jackson's novel emerges less as a study in eccentricity and more--like some of her other fictions--as a powerful critique of the anxious, ruthless processes involved in the maintenance of normality itself. "Poor strangers," says Merricat contentedly at last, studying trespassers from the darkness behind the barricaded Blackwood windows. "They have so much to be afraid of." --Sarah Waters

SHIRLEY JACKSON (1919-1965), a celebrated writer of horror, wrote such classic novels as The Haunting of Hill House and We Have Always Lived in the Castle, as well as one of the most famous short stories in the English language, ''The Lottery.'' Her work has been adapted to film, television, and theater.

1. We Have Always Lived in the Castle

2. We Have Always Lived in the Castle