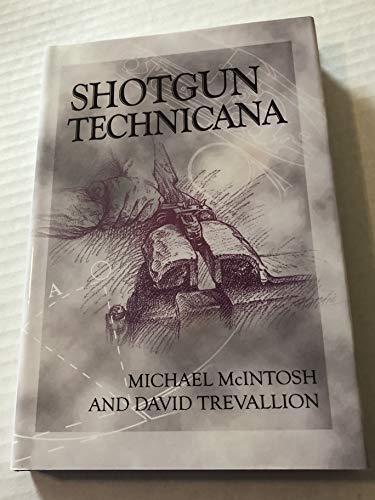 Here, longtime friends and colleagues Michael McIntosh and David Trevallion, two of the nation's foremost experts on shotguns, have gathered, sorted, and refined five years of their acclaimed columns from Shooting Sportsman magazine. They have included additional photographs, some new text, and updated diagrams.

Michael McIntosh has written or edited an impressive number of books on natural history, wildlife art, and firearms. He is also shooting editor of Shooting Sportsman and has contributed to Sporting Classics, Gun Dog, Wildlife Art, and The Double Gun Journal. Michael lives in Hill City, South Dakota.

After working as a stockmaker at Purdey & Sons in London, and being admitted to the Freedom of the Company of the Court of Assistants of the Worshipful Company of Gunmakers, David Trevallion emigrated to the United States. He founded Trevallion Gunstocks, located in Cape Neddick, Maine.

You might say that repairing broken stocks represents the extreme exercise of the Trevallion motto: "Never Throw Anything Away." If there is virtually no such thing as a stock that’s beyond repair, as we suggested in the previous chapter, then it follows that there is virtually no alteration that cannot be performed. In fact, most modifications are a good deal simpler than recreating a sound stock out of some broken pieces and a sackful of splinters. Stocks can be made longer or shorter, bent within certain limits, spliced, shaved, twisted, and otherwise recast in entirely new images.