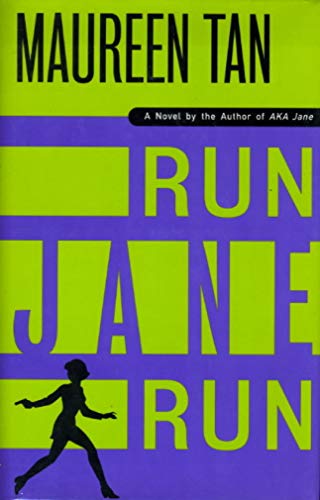 British MI5 operative Jane Nichols returns to England to rescue the grandson of a member of Parliament, but what seems to be a routine assignment turns into something more when Jane discovers that the kidnapping is related to the murder of her parents thirty years ago

Maureen Tan is an interpretive science writer and the assistant director of the Engineering Publications Office at the University of Illinois at Urbana-Champaign.

Tan delivers a second action-packed thriller starring tough, cynical British Secret Agent Jane Nichols (AKA Jane, 1998). When Jane's MI-5 superior, Mac, recalls her to London, she departs Savannah, Ga., leaving behind her lover, police chief Alex Callaghan, and the emotional entanglement she fears. Jane and Agent John Wiggins are assigned to rescue senior MP William Winthrup's kidnapped nephew. A wound Jane receives during the mission triggers nightmares about her parents' murder when she was six: Could Sir William have been one of their assassins? Mac sets her up as bait to trap Winthrup, then sends her to Savannah to recover from her wound; there, she discovers that someone has been stalking Alex. The plot expertly weaves together Jane's dangerous position as Mac's bait; her awakening memories, long repressed, of her parents; Alex's peril when the stalker becomes more violent and his fears about the stalker's identity; and the precarious relationship between Alex and Jane. The narrative's hectic pace can get cartoonish as villains die slam-bang and double crosses abound. Nonetheless, the novel is studded with welcome humor, and Jane and Alex make an electrifying pair sure to inspire cries for an encore appearance.
Copyright 1999 Reed Business Information, Inc.