Items related to The Phoenix: An Illustrated Review of Occultism and...

Hall, Manly Palmer The Phoenix: An Illustrated Review of Occultism and Philosophy

The Phoenix: An Illustrated Review of Occultism and Philosophy 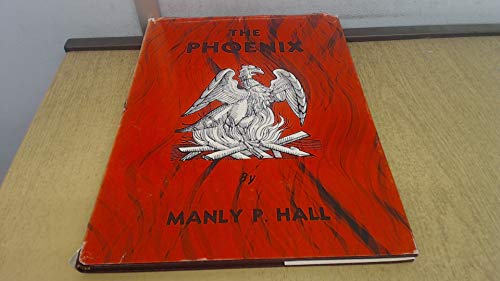 Seven thousand years of fascinating lore from around the world is reviewed in this illustrated, folio-sized volume. The table of contents includes:

The Ladder of Souls-Studies the mystery of the descent of the spiritual man into the body, further enhanced with the diagrams of Robert Fludd, an English Alchemist and Hermetic philosopher. Bodhidharma, Patriarch of Zen When the Dead Come Back -Discusses out of body experiences Albert Pike, The Plato of Freemasonry The Sorcery of Asia-The strange stories of Sky-walking Adepts, snake charmers, devil dancers, and more Concentration & Retrospection-Safe and sane disciplines The Comte de St. Germain-Greatest of the European Adepts The Cycle of Transmigration-According to the teachings of those learned lamas who are the custodians of the secret traditions in Buddhism The Tenth Avatar-Mahatma Gandhi The Wheel of Pythagoras-Invaluable to numerology students The Practice of Meditation H. P. B., The Russian Sphinx-Tells of Madame Blavatsky and includes two, full-page portraits of Mahatmas M. and K.H., painted under her supervision The Universe in Stone-The Buddhist remains of Boro Budur Kismet-A delightful story of a Caliph and an astrologer Holy Men-Those sanctified to high purpose Apollonius, "The Antichrist" Cagliostro & the Egyptian Rite of Freemasonry The Great Pyramid

The Philosophical Research Society is a nonprofit organization founded in 1934 for the purpose of assisting thoughtful persons to live more graciously and constructively in a confused and troubled world. The Society is entirely free from educational, political, or ecclesiastical control. Dedicated to an idealistic approach to the solution of human problems, the Society's program stresses the need for the integration of religion, philosophy, and the science of psychology into one system of instruction. The goal of this instruction is to enable the individual to develop a mature philosophy of life, to recognize his proper responsibilities and opportunities, and to understand and appreciate his place in the unfolding universal pattern.

The Ladder of Souls

Is a study in the mystery of the descent of the spiritual man into the body, which Plato called a sepulcher. The value of the article is enhanced by the rare diagrams and figures from the little-known Rosicrucian writings of Robert Fludd, the greatest of the English alchemists and Hermetic philosophers.

Recognized by the initiated among the Egyptians as the gateway to the invisible worlds. In the chambers of the Pyramid were performed the rituals of the Hidden God and the release of the soul. This article, which sets forth hitherto unsuspected secrets of Pyramid symbolism, is illustrated with cuts made from specially prepared drawings of rituals and ceremonials.

The Cycle of Transmigration

It may surprise you to learn that two-thirds of the population of the earth believe in reincarnation. It may also amaze you to know that the true interpretation of the doctrine of periodic rebirth has never been generally expounded outside the borders of Tibet. This article is indispensable to every student of reincarnation and karma, as it presents the philosophy of the life cycle according to the teachings of those learned Tibetan lamas who are the custodians of the secret traditions in Buddhism.

Greatest of the European adepts, disciple of Indian and Egyptian hierophants, and confidant of kings, the Comte de St. Germain was the most baffling personality of modern history and a link in the Golden Chain by which the gods conspired to bind the earth to the pinnacle of Olympus.

The two articles, one on meditation and the other on concentration and introspection--present a simple and workable exposition of the most important and fundamental occult principles. After correcting popular errors which detract from the value of these exercised, Mr. Hall indicated in a clear and concise manner the true principles involved. These articles alone are worth the price of the book.

She was the enigma of the nineteenth century. To the prosaic city of New York came this Russian woman, a modern embodiment of the occultism, mysticism, and magic of all ages. She was the faithful disciple of those Oriental Masters who dwell beyond the snowy caps of the Himalaya, and she brought to the Western world the priceless secrets of Eastern Metaphysics. Included with the test is a rare and previously unpublished photograph of Madame Blavatsky herself, as well as two full page portraits of the Mahatmas M. and K.H., which were painted under her supervision.

1. The Phoenix: An Illustrated Review of Occultism and Philosophy

2. The Phoenix: An Illustrated Review of Occultism and Philosophy Hall, Manly Palmer