Items related to The Secret Teachings of All Ages: An Encyclopedic Outline... 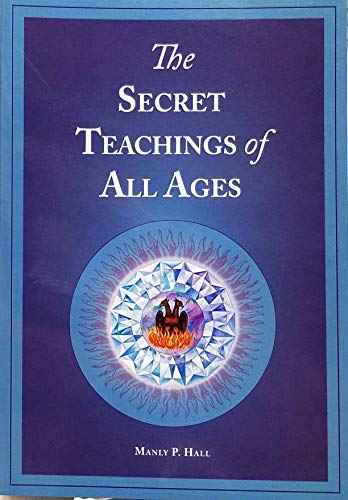 A Best Seller Since 1928 Over 1 Million Copies in Print

Discover the Secrets within the Symbolic Figures, Allegories, Oral Traditions, and Rituals of Mankind.

Wisdom you'll Cherish for All-Time
Manly P. Hall's exhaustive research concentrates the teachings of nearly six hundred distinguished authorities on religion and philosophy, bringing to you an interpretation of the secret teachings concealed within the rituals, allegories, and mysteries of all ages.

The Philosophical Research Society is a nonprofit organization founded in 1934 for the purpose of assisting thoughtful persons to live more graciously and constructively in a confused and troubled world. The Society is entirely free from educational, political, or ecclesiastical control. Dedicated to an idealistic approach to the solution of human problems, the Society's program stresses the need for the integration of religion, philosophy, and the science of psychology into one system of instruction. The goal of this instruction is to enable the individual to develop a mature philosophy of life, to recognize his proper responsibilities and opportunities, and to understand and appreciate his place in the unfolding universal pattern.

Mystical speculations about God, the world, and man occupied the minds of many medieval scholars and theologians. They conceived creation itself to be a symbol or figure through which the Divine Will manifested its purposes and intentions-thus by analogy, the world revealed God, and man revealed the world. The human being himself was a microcosm-a miniature of the cosmos. After the collapse of the pagan cultural institutions, it was unlawful to teach classical learning or to advance scientific knowledge contrary to the prevailing scholasticism. To avoid persecution and at the same time perpetuate for the benefit of qualified disciples the more advanced formulas of the ancient wisdom, the sacred truths were presented symbolically through the beautiful engraved devices of the emblem writers.

The seventeenth century restoration of learning gradually brought about a Universal Reformation as proclaimed in the Fama of the Rosicrucians. A careful study of the emblem books of that period reveals that most of the figures and designs were based upon Egyptian or Greek mythology, and like the alchemical symbols, perpetuated the secret teachings of esoteric fraternities. Today, those well informed in the Orphic Mysteries and the mystical speculations of the Neoplatonists can interpret the design with little difficulty. It appears that the emblem books were, in many cases, actual extensions of Pythagorean and Platonic metaphysics. Paracelsus said that the first hieroglyphic book is nature, published in folio, and the second hieroglyphic book is man, published in duodecimo.

To live in the world without becoming aware of the meaning of the world is like wandering about in a great library without touching the books. It has always seemed to me that symbolism should be restored to the structure of world education. The young are no longer invited to seek the hidden truths, dynamic and eternal, locked within the shapes and behavior of living beings.

The present volume is itself a symbol made up of many symbols gathered from rare sources. It invites the thoughtful reader to explore the meanings of these emblems and devices with his own insight. Because spiritual growth is the goal of all human aspiration, symbols that help us to grow are precious things for they open the doors to life everlasting.

I wish to express my deep indebtedness to those faithful artists and engravers whose remarkable meditation pictures have guided my labors for so many years. This book is dedicated to the truths they served and the wonderful designs which they have bestowed as a priceless heritage upon the truth seekers of the future. It is my sincere hope that this memorial may continue to serve and inspire new generations of kindly and dedicated people.

1. The Secret Teachings of All Ages: An Encyclopedic