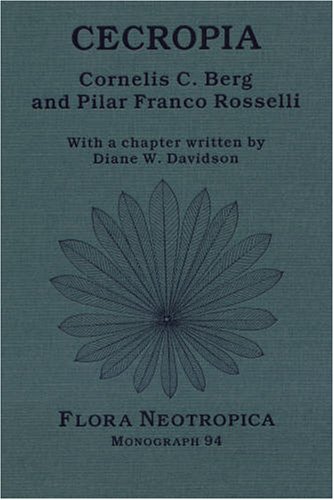 Cecropia by Cornelis C. Berg and Pilar Franco Rosselli With a chapter written by Diane W. Davidson This title is monograph 94 of the Flora Neotropica series. The neotropical genus Cecropia is the largest of the Cecropiaceae, with 61 species presently recognized. It is an important group of pioneer trees in humid regions of the neotropics and, in spite of its common and conspicuous occurrence and its important ecological role, has been studied little taxonomically. This monograph is the result of several years of collaboration by authors Cornelis C. Berg, of the Norwegian Arboretum/Botanical Institute, and Pilar Franco Rosselli (deceased February 2000) formerly of the Universidad Nacional de Colombia. In this volume, authors Berg and Franco Rosselli deal with the taxonomic history, morphology, ecology, plant-animal relations, pollination and classification of Cecropia. Myrmecophytism is treated in a chapter by Diane W. Davidson.

Shipping: US$ 11.62
From United Kingdom to U.S.A.
Destination, rates & speeds