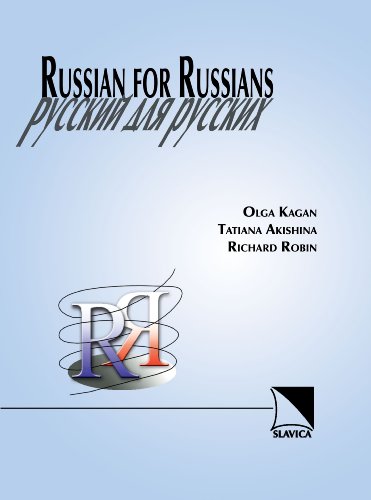 The rapid growth in the number of Russian heritage students in our high schools and colleges represents an underserved and underutilized national language resource. By "heritage speaker" we mean those who grew up with Russian in North America without a native Russian's full educational or cultural background. Because of their different proficiency profiles, heritage speakers have special learning needs which are often not met in either Russian-language textbooks for English speakers or textbooks for Russian children in Russia. The textbook Russian for Russians fills that gap. Its approach is based on both theoretical research into bilingualism in general and on theoretical and pedagogical research into Russian-émigré language attrition.