Items related to The Outfit 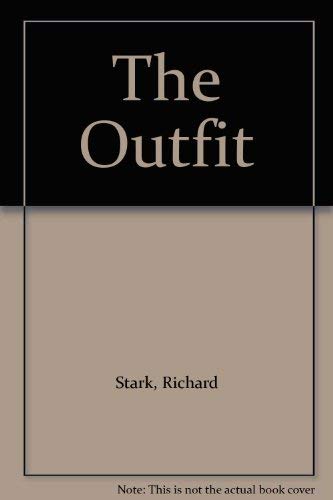 The Outfit was organized crime with a capital O. They were big; they were bad; they were brutal. No crook ever crossed them and lived to enjoy itexcept Parker. So they wanted Parker dead, and a hit man proved they meant business. Too bad for the Outfit he missed. Ripping off the Outfit was the easy part of Parkers game. Going one-on-one with Bronson, the Outfits big boss, was the hard part.

Richard Stark: Richard Stark, aka Donald E. Westlake (1933–2008), wrote dozens of novels under his own name and a rainbow of other pseudonyms. Many of his books have been adapted for film, most notably The Hunter, which became the 1967 noir Point Blank, and the 1999 smash Payback.

“Whatever Stark writes, I read. He’s a stylist, a pro, and I thoroughly enjoy his attitude.”

“Richard Stark’s Parker novels . . . are among the most poised and polished fictions of their time and, in fact, of any time.”

“Richard Stark writes a harsh and frightening story of criminal warfare and vengeance with economy, understatement and a deadly amoral objectivity—a remarkable addition to the list of the shockers that the French call romans noirs.”

“Parker is a true treasure. . . . The master thief is back, along with Richard Stark.”

“Westlake knows precisely how to grab a reader, draw him or her into the story, and then slowly tighten his grip until escape is impossible.”

“Donald Westlake’s Parker novels are among the small number of books I read over and over. Forget all that crap you’ve been telling yourself about War and Peace and Proust—these are the books you’ll want on that desert island.” (Lawrence Block)

“If you’re looking for crime novels with a lot of punch, try the very, very tough novels featuring Parker. . . . The Hunter, The Outfit, The Mourner, and The Man with the Getaway Face are all beautifully paced, tautly composed, and originally published in the early 1960s."